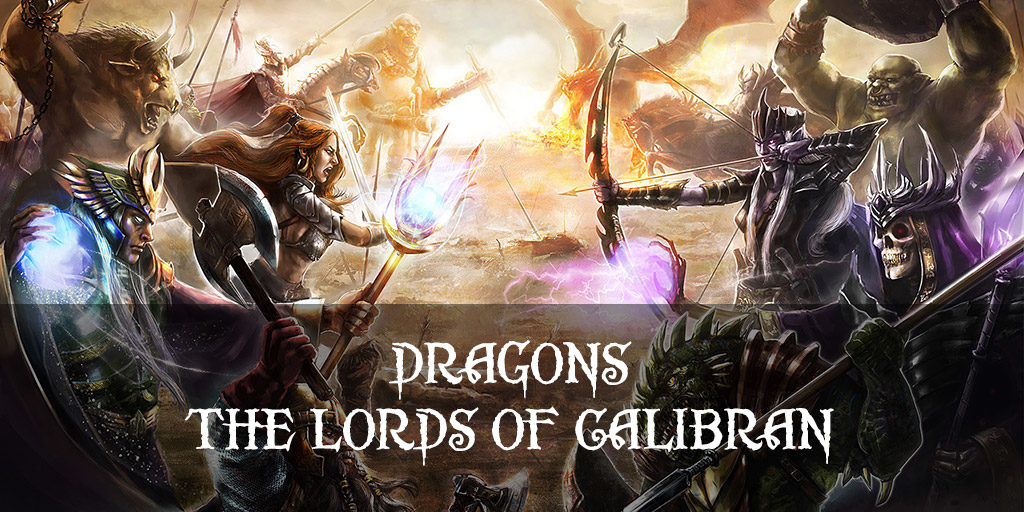 Dragons are endlessly fascinating creatures, full of contradictions that seem to make them more human than fantastic monster. Wise, yet for some reason constantly seeking gold and magic to add to their hordes. Huge, powerful, and dangerous, but always with one fatal weakness. Dragons have a unique place in fantasy, a sort of recognition from creators and fans that they are the baddest villains, the strictest teachers, the most cunning negotiators. In whatever role they play in the story, they are unsurpassed.

Most cultures have a ‘dragon’ of some sort. In Europe, dragons were slain by St. George, Beowulf, and Sigurd. In the Middle East, Marduk killed the fire breathing lizard, Humbaba. Later, Rostam slew a dragon there as well, as did Hercules. Indra slew Vritra, the first born of dragons, in India. Chinese dragons ruled river and ocean kingdoms, and Japanese dragons hid powerfully magical swords. There’s a theory that we’ve inherited a primal reaction to a few scary animals like snakes, lizards and big cats from our hominid ancestors. They knew these beasts were dangerous, and treated them accordingly. Dragons have been found in so many cultures, taken center stage in so many stories, the theory says, because they combine the traits of these dangerous animals, and so we have a visceral, instinctual reaction to them. Dragons are special because they can reach down into those base, animal fears, and give them a little poke.

In Calibran, people have more concrete reasons to fear dragons. The Dragon Kings have been reigning over the united kingdom for only about two hundred and fifty years. Before that, the dragons were the lords of Calibran.

A World For Their Own

The world was formed from the fiery breath of the great Dragon God. This is according to the wise old dragons that lair in The Horns, the ones that are charged with teaching the young. Calibran was made to be the home of the dragons, in their care and to serve their pleasure. The animals that populated it were created to be their prey, servants, and students. The mountains were lifted up to support their lairs, and the wide plains spread to be their kingdoms. All dragons are raised believing this.

To be fair, it is easy to see how they could come to this conclusion. Who can match a dragon in terms of size and strength? Who can best them in cunning, or use magic to greater effect? For most of Calibran’s history, it was ruled by dragons. The greatest and most powerful were lords over wide ranges, big enough to contain thousands of the mortals that crawled around the dragons’ feet like bumbling children. Their only challengers were the younger and faster dragons that numbered among their subjects, ambitious and grasping.

When they thought of their lesser subjects, the humans and elves and all the rest, it was usually to send them against each other in armies. In that way, dragons settled arguments, or fought over land, or merely amused themselves.

There were a few of the serpent-lords who saw themselves as guardians and teachers, rather than rulers. Dragons who followed this philosophy were rare at first, most just taking what they wanted and leaving ruin in their wake. It was an idea that spread and became more popular over time, though, for a number of reasons. First, those that chose to teach the mortal races found them to be apt students, quick to learn and draw new conclusions. To some, this proved they were intelligent beings, and deserved proper treatment.

Others saw how much more useful properly trained servants could be. They could wield magic, or build great palaces. They could create such delightful art and trinkets to grace the hoards of the dragons. Many saw a convenient way to keep the mortals, suddenly everywhere and growing more powerful, content. More than one dragon lord kept his subjects agreeable by doling out secrets and wisdom in exchange for authority.

The dragons who kept to the old ways of tyranny and indifference thought their brothers and sisters too weak, too kind. The arguments went from verbal to physical quickly, and fights between dragons became more common. The Dragon Wars were soon raging, as dragons fought dragons. Some fought to kill and destroy the mortals, to either keep them powerless or else to simply wipe them from existence. Others fought to protect their mortal charges.

Mortals were spectators for the first long years of the Dragon Wars, as their masters fought in the skies above them to determine their fate. Dragons died, but it was the mortals who suffered more. They did not have the power to take part, to fight and decide their own fate. Or so everyone thought, until Criidath the Reckless was murdered.

Almorwen’s name was already mighty in the days before Criidath’s death. He was an old elf even then, but the stories said he had been taught his magic by dragons in his youth. Almorwen had been a servant at more than one lord’s side, though more often he had hidden from the winged rulers, helping his people and using his powers for their safety. At some point, however, Almorwen realized that the mortals had to take charge of their own destiny. More than that, he realized that the mortal races might have finally become powerful enough to actually do so. He hatched a plan, ambitious onto lunacy at that time, to kill a dragon.

He and a company of elven warriors and sorcerers, including his daughter Enyelar, faced Criidath at the Cliffs of Ronin, deep in the Silent Sands. Criidath was a great, old red, and breathed fire to set the elves burning. But, Almorwen had chosen his foe wisely. He and his companions had concocted a potion that protected them from the dragon’s fire.

Almorwen rose into the air through the power of elves’ magic. He fought Criidath, blinding the dragon with his great staff. Unable to see, Criidath crashed into the cliffs themselves. Enyelar pulled them down on top of him, and thus was the first dragon killed by a mortal.

The dragons’ reputation for invulnerability began to crumble. Another dragon crawled down into the dwarves’ mines, perhaps to plunder the gold and jewels they were famous for taking from the ground. The dragon never emerged again. The minotaurs killed a dragon, and then others managed the feat as well. Even the goblins were able to swarm and bring down a young one in the mountains.

Suddenly the harmless little beings that crawled on the earth could hurt the dragons. Some were afraid, but many others were angered. As the rightful rulers of Calibran, they should not be challenged. The attacks on the mortals grew worse, and efforts to wipe them out intensified. But now the mortals could fight back.

The philosophical argument that motivated the Dragon Wars ended on the Field of Farsalon, when a great army made up of all the mortal races of Calibran defeated the dragons. Though the dragons had displayed incredible power in actually creating a new race, the saurians, to serve in their armies, it was not enough. Mortals were not willing to be the dragons’ play-things, and they had grown beyond being simple students. They would decide their own fate. The dragons, their numbers and strength depleted through constant fighting, retreated to The Horns and the high places of the world, and for the most part left the mortals to their own devices.

Dragons do not die of old age, but live until they are, in some way, ended. As a consequence, they are patient beyond stones, willing to wait for plans to mature, for the time to be right. The mortals have won their freedom, proved themselves worthy to guide their own fate for a time. But someday the dragons would return, and remind the world who its masters are.